Like most people who believe jury service is an important part of our American democracy, I try to avoid it. Burglaries and drug dealings just don’t interest me. And it seems I’m always called when I’m extraordinarily busy at work or just about to go on vacation.

I began to reconsider my position, however, when I received a letter from the Sussex County Superior Court summoning me for a two-week term of jury duty, beginning just after the fourth of July holiday. Seems there are so few potential jurors in southern Delaware they put you on call for two weeks. And what for? Chicken house arsons? Trailer park perversions? It was too quirky and way too tempting for a writer like me to pass up.

While there is much written about how to avoid jury service, there is very little information about how to get selected. Some experts say you should appear well groomed and well dressed, but not flashy. Others say it’s important to look interested. And, don’t be chatty. Lawyers eschew talkative jurors.

To raise my chances of getting picked, I decided to channel the late Dominick Dunne, the Vanity Fair writer who specialized in celebrity court cases. He actually came to Sussex County in 2005 to cover the lawsuit brought by Disney shareholders against Disney CEO Michael Eisner over the $140 million deal he signed off on to get rid of Disney’s number two executive Michael Orvitz after only fifteen months on the job.

On jury day, I did my best Dunne impersonation: horn rim glasses, purple checked shirt, and a pressed pair of chinos. From what I recall, the Delaware judges seemed to like Dominick, so I was certain this look would impress.

Per court order, I left my cell phone, electronic equipment, newspapers, and sharp instruments in the car. All I carried into the courthouse with me was a copy of Hillary Clinton’s new book “Hard Choices,” so the lawyers would see I was capable of making the tough choices required of a juror.

A couple of people besides me also brought books, but they were cheap paperbacks with metallic embossed titles. One woman lugged a plastic Igloo cooler. I’ve no idea how she got it through security, but I heard her tell the stern court official who wrestled it away that it contained “some ham samiches and a Dr. Pepper.” A very fat man in a pair of denim overalls showed up with a U-shaped airplane pillow wedged around his neck. A young hipster with Elvis-sized sideburns sported a sweat-stained “ill” Phillies fan shirt. An older black woman came with big pink curlers in her hair. These were my rivals.

Following a short informational video, the court clerk began calling names for the day’s prospective jury pool. My name was announced first. And while he claimed it was random selection, I wasn’t fooled. My careful preparations had clearly paid off, I thought to myself, as I strutted past rows of my peers.

We prospective jurors were next escorted downstairs and into a windowless holding room with a big flat screen television mounted to the wall. There was an air of excitement that soon deflated when the court clerk came in and turned on television game shows. Personally, I would have shown old re-runs of “LA Law” or “Perry Mason.”

As we waited the jury pool began to spread out and self-select around interest groups. Cooler lady joined the “talkers” on the right side of the room. “Watchers” moved in front of the television while “sleepers” went to the farthest corner of the room. I joined the few “readers” in the middle of the room, but soon tired of Hillary Clinton’s pontificating about the transatlantic rifts that opened up during the Bush administration, so I began to eavesdrop on the “talkers.”

Over the next two hours, I learned that goats were better than cows and sheep at pasture maintenance and that Aruba was best avoided as a vacation destination because “they’ll kill you.” I heard there would be a beer garden at the State Fair this year and that nobody believed the new reality show called “Married at First Sight” until Cooler lady claimed it happened to her. Seems she sobered up for the first time only on her wedding day.

When three burly policemen escorted two prisoners in handcuffs and jumpsuits right by the open door of our room, everyone got agitated. Was this it? The court clerk came in shortly thereafter and said we were excused for the rest of the day.

Seriously? I hadn’t sat through “Wheel of Fortune” and “The Price is Right” with a bunch of strangers just to be dismissed with the wave of a hand. I confronted the clerk. “Wasn’t there another trial I might be considered for?” “Call in later tonight,” the clerk advised me, eyeing me warily. “We might need you tomorrow.”

Spirits dampened, I headed over to the Georgetown Family Restaurant where Dominick Dunne had lunched every day while he followed the Disney trial. When I asked the waitress to please bring me what Dunne liked for lunch, she just stared at me, slack jawed and silent. I showed her a Los Angeles Times photo of Dunne eating soup in what appeared to be this very same restaurant. Still no response. Outside it began to rain.

I never did get selected for a trial during those two weeks. In hindsight, I’m thinking the Hillary Clinton book might have been a little over the top. So while I cannot report any further about downstate justice, I can recommend a good cup of homemade Lima bean soup if you’re interested.

A decade tradition of delivering us pie
A delicious way to celebrate fourth of July. 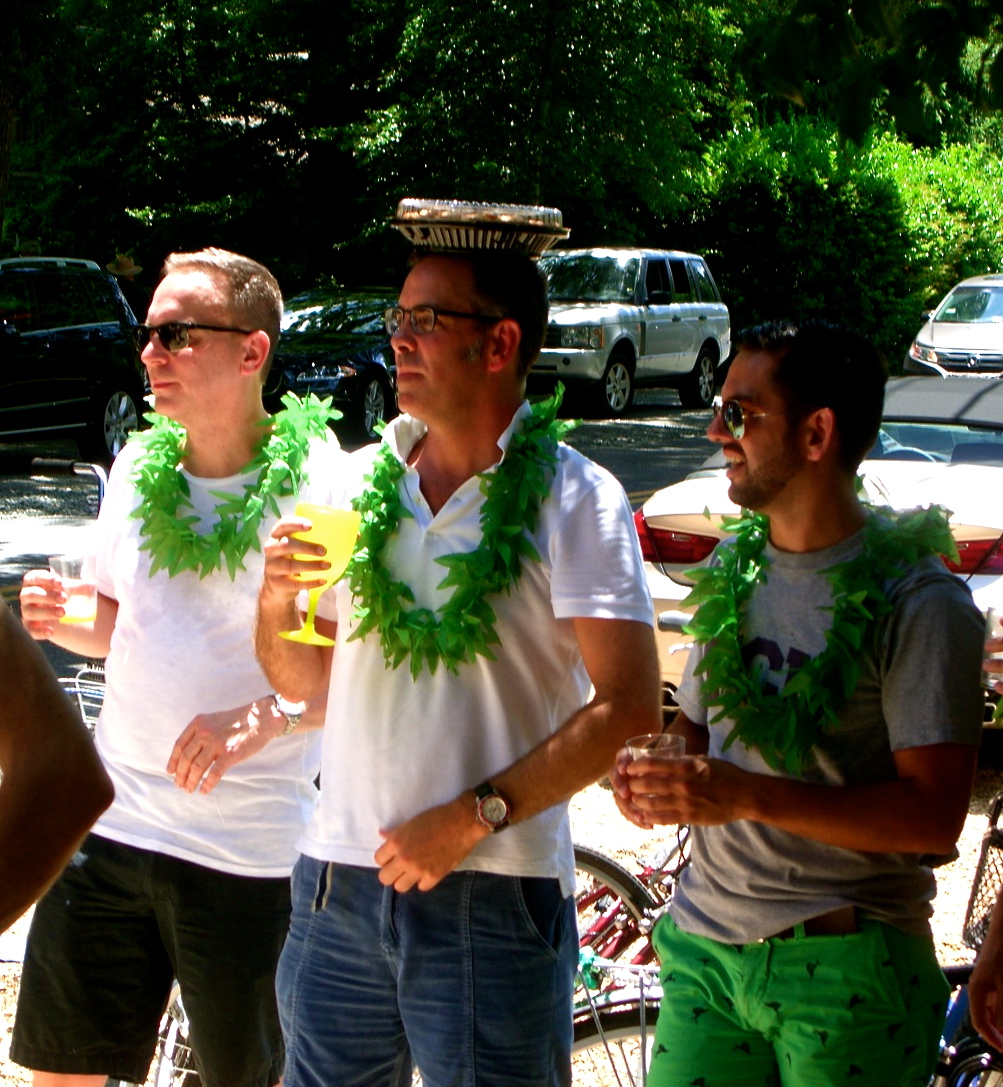 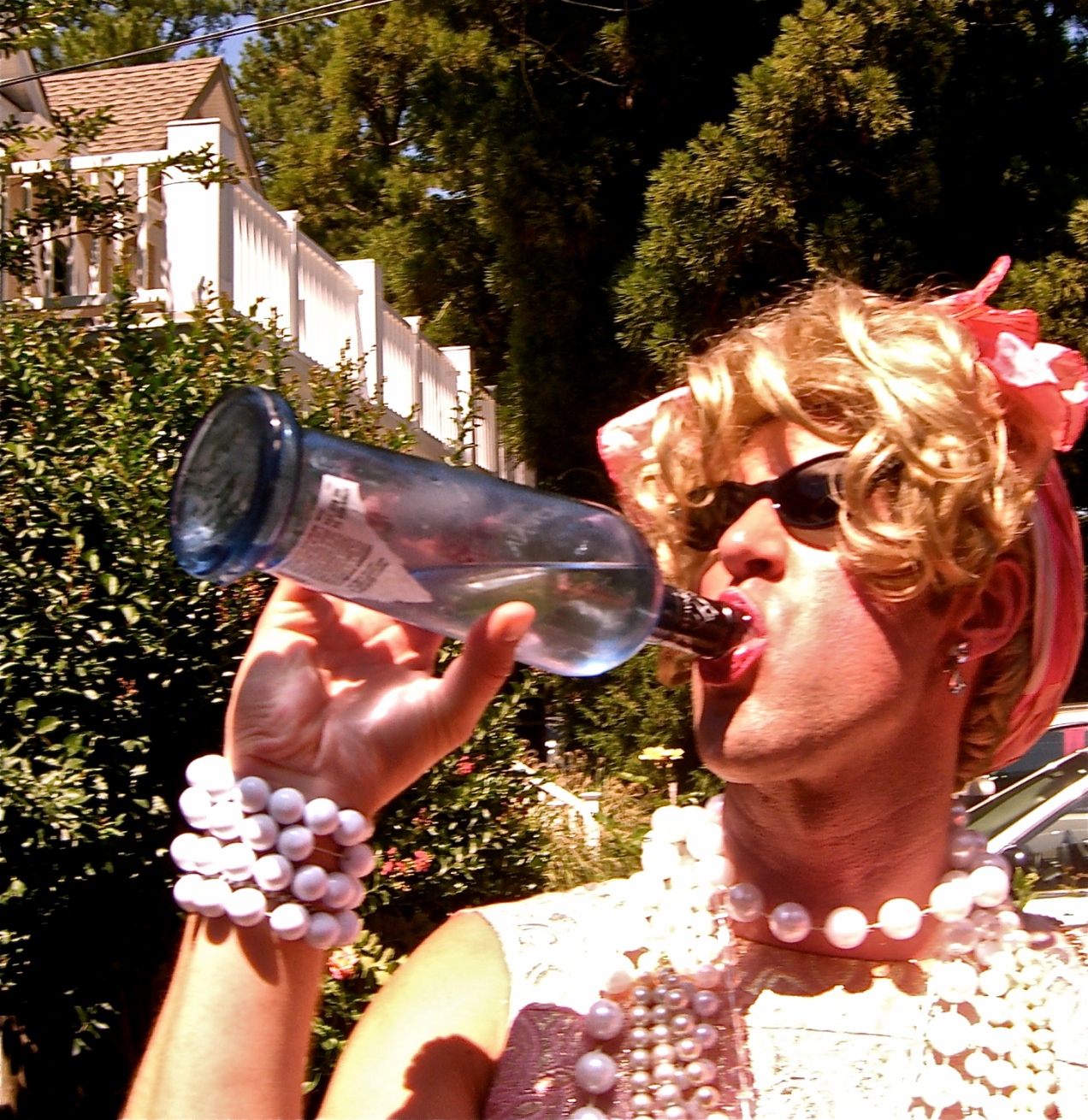