Photos taken with an iPhone using a special “old camera” setting. Sort of like Berlin in the 20s…. 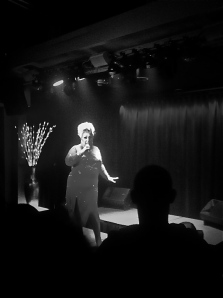 Feet spread apart, my left hand grabs the wooden handle of the maul near its bottom, my right grips the thick shaft. Power surges from my legs up through my groin to my shoulders and down through my arms as the heavy blade swings through the air and sinks into the flesh of the wood. There’s a cracking sound as the log splits in two, followed by a burst of scent, oak or pine perhaps. I can see my breath.

Having grown up in the Blue Ridge Mountains, you might think I gained an early appreciation for manly outdoor activities. Not so. I wasn’t brought up to hunt, fish, or chop wood. My father didn’t even like to fill his own tank at the gas station. The only thing I recall him teaching me to chop was a lime.

As a matter of semantics, though, that probably ought to be called slicing. My father taught me to slice cocktail garnishes. And, I’m very appreciative.

It would be decades later, here in Rehoboth, a beach town of all places, where I would discover the only thing better than sitting by a nice fire with a glass of good bourbon on a cold February day in Rehoboth is to be outside chopping wood. The colder it is the easier it is to split. The wood fibers become more brittle.

And, chop I do, about a cord per winter. That’s 128 cubic feet of wood stacked four feet high by four feet deep by eight feet long.

I get mine from a local farmer named Sammy, who used to run a popular fruit and vegetable stand out on Route One. Every autumn, he delivers my cord just in time for the cold weather, right after the snakes leave the wood piles, says Sammy. It’s good wood: custom cut, seasoned, and, snake free.

Okay, so I don’t actually chop the wood. Sammy does that with a chain saw. I split it, using a classic splitting maul, which for those of you who don’t know is sort of like an ax with a wedge-shaped blade. My favorite is an old eight pounder from Ace Hardware that was made in Michigan. I also have a special Swedish forester’s ax, for use in cutting small-diameter kindling wood.

In case you’re thinking this all sounds like some sort of lumberjack fantasy, let me quickly dispel that notion. It’s not at all unusual to catch me outside in a pair of boxer shorts, Crocs, and cashmere sweater, maul in hand. You should see the looks I get from passersby. Though I must admit the boxers are plaid. And when it’s really cold, I wear a fur hat.

As a brain worker, I’ve come to believe it’s important to pursue some manual labor in order to balance the intellectual with the physical life. It’s why I rake my yard instead of waving around one of those ridiculous little leaf blowers. It’s why I chop my own wood.

Sometimes, I will admit, it feels unsafe chopping wood. A little unseemly even, to one who works for an environmental group. Mostly, though, it’s darn satisfying.