According to the Cape Gazette, some very impressive flounders are being caught off squid and minnows, strip baits, live spot and smelt all around the Delaware coast. Ironically, none of the restaurants in town serve flounder. I can remember when all seafood restaurants used to serve flounder. Today the species is almost fished out.

Flounders are predatory fish. They blend into the sandy bottom and then ambush their prey. Their eyes migrate from one side of their body to the other as they develop. I’m not making any of this up. 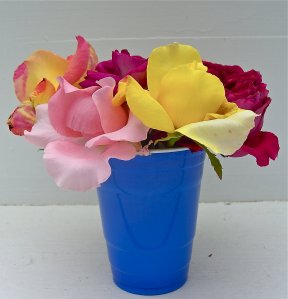 I was at a party the other night, a white affair full of attractive men and women dressed in white and sipping white drinks. Holly Lane was singing and everyone was raving about the hors d’oeuvres, especially the white grapes dipped in white chocolate sauce and twirled through a plate of white pop rocks.

Much to my chagrin, nobody was talking about the beautiful displays of white flowers, many of which were arranged in antique family silver pieces.

It seems we’ve lost our appreciation for flowers. Now, when I say we, I am not including myself. I grew up in a home where flowers were important, perhaps even more so than food. My mother might have burned spaghetti, but she sure knew how to arrange pink peonies.

For many, flowers have become an after thought. An amuse bouche, so to speak. But, it wasn’t always that way.
The rapid industrialization of American industry in the late 19th century and early 20th centuries spawned a new generation of wealthy families. Rockefellers. Vanderbilts. Astors. Fords. These noveau rich families of the “Gilded Age” broadcast their new status through conspicuous consumption and extravagant opulence.

Nowhere was this more evident than in their pursuit of great country and resort homes resplendent with well-designed flower gardens. Flowers, you see, were a status symbol, and wealthy men spared no expense to keep blooms fresh and arrangements in the latest fashion.

Edsel Ford’s home on Grosse Point Shores, for example, had a dedicated flower arranging room, complete with a flower refrigerator. At Biltmore House in Asheville, North Carolina, guests of Mr. Vanderbilt were welcomed with special flower arrangements in their rooms. The New York Times reported in 1921 that John D. Rockefeller had taken second place in the Tarrytown Flower Show begonia competition with a double blossom light pink specimen called the “Emily Clibrans.”

Then there was Henry Francis du Pont, the gentleman who gave his country estate Winterthur to the public as a museum. H.F. was simply mad about flowers and he took flower arranging quite seriously, employing a staff of six for his greenhouses and an additional six more for the four-acre cutting garden.

Ironically, he never arranged the flowers. He supervised, inspecting the flower room and the day’s floral displays every morning and consulting with his butler to discuss the right flowers to match with the linen and porcelains for the lunch and dinner tables. He kept records of successful arrangements.

Mr. du Pont instructed the Winterthur staff to cut flowers in the cool of early morning or in the late afternoon. Stems were to be cut at an angle with all foliage stripped below the water line and then immersed in fresh, cool water for at least an hour before arranging.

I follow his advice, though, my preference is to cut flowers in the late afternoon while enjoying a cocktail. Go ahead and add a couple of ice cubes to the water.

When you’re ready to arrange them in a vase or another type of container, be sure to use fresh, room-temperature water. You can add a commercial cut-flower food and a little bleach. A shot of vodka in the water has always worked well for me.
Every two days or so, change the water, add a sprinkle of flower food and another shot of vodka and re-cut the stems if they’ve browned.

H.F. favored lush, homogeneous flowers whose same color, shape, or texture established a rhythm that flowed throughout the arrangement. Too much repetition, however, could be boring, so he’d sometimes add in wildflowers and even roadside weeds.
Yes, you read that correctly. Weeds. Don’t be afraid to do something adventuresome with your arrangements.

When H.F. Dupont died in 1969, he left instructions to keep Winterthur’s rooms in flowers, as if he were still in residence. He also insisted that someone with taste be employed to make sure the arrangements matched the predominant colors of each room.

A fastidious fellow, our Mister du Pont was.

Let me share some additional tips I picked up in studying our dandy gardener.

Remember first of all that the container is integral to the design. Select one that will complement what you want to do, be it to highlight color, silhouettes, or blossoms. H.F. looked beyond the standard vase to porcelain bowls, copper urns, water pitchers, and even plastic cups. Well, maybe not a plastic go-cup, but he should have. Any color except green will do; it too often clashes with leaves.

For your next party, I hope you’ll emulate H.F. du Pont and his efforts to bring the outdoors inside. We could use more of that in Rehoboth. So go ahead a put out a big bowl of hydrangeas or two or three along with the bowl of chips and salsa, and remember: real men arrange flowers. 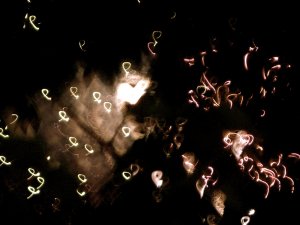 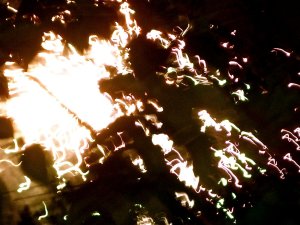 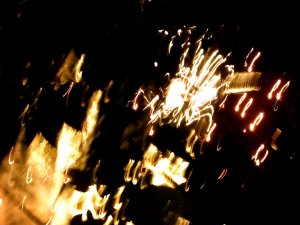 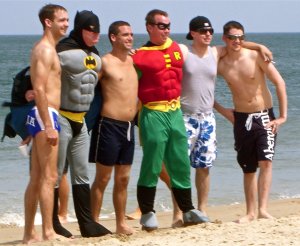 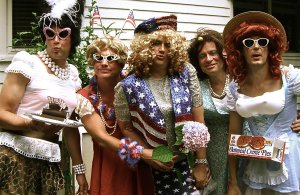 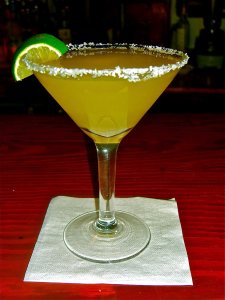 Growing up in the South, one learns some important summertime norms. No seersucker before Memorial Day. Never drive a convertible with the top down and the windows up. Get a pedicure before you wear flip flops.

Okay, that last one wasn’t something my father taught me, but it’s definitely a worthwhile piece of advice. One thing my father did impress upon me was that come summertime a man should switch from dark to clear spirits.

Every summer, I try out some trendy seasonal cocktail I’ve read about in the New York Times, but which is never made correctly and costs twelve dollars because of all the ingredients. Inevitably, I end up with a glass of white wine or a gin and tonic in hand.

This summer, I decided to explore something easier: the margarita, one of the world’s most popular and most abused cocktails. Yet, if done right, it can be a wonderful mix of flavors. Spicy, earthy tequila. Sweet and zesty notes from the orange liqueur. Zing from the lime. A potent catalyst for conversation and creativity.

There’s something both fascinating and appalling about a drink made with a spirit that can cost seven dollars a bottle or several hundred dollars a bottle and that’s popular in the Hamptons and the Ozarks. It’s an incongruous cocktail and that feels rather Rehobothian to me.

I began my margarita summer at Mariachis. Naturally, I had to try the “Millionaire,” the most expensive ‘rita on the menu. Made with anejo (aged) tequila and Cointreau, it’s smooth and mellow. You definitely don’t feel like you’re drinking a cheap drink. The house margarita was less expensive and also tarter, but still a very fine cocktail for four dollars less.

Both are what I call “sit-down” margaritas, you know, served in that traditional bowl shaped glass with green cactus stems and best enjoyed with a meal. After two of them, I had a good buzz, so clearly they’re not skimping on the tequila.

Over at Aqua they serve their margaritas “stand up” style in a plastic cup that you carry around while you socialize. The best part of the Aqua margarita is watching the shirtless bartenders make it. Admittedly, I was distracted, but I did note the drink is hand mixed with tequila, triple sec, and Rose’s lime juice. If you like the taste of tequila, which I do, you’ll like this version.

The margaritas at the Seafood Shack hit that sweet spot between sweet and sour. Perks you up without the pucker.

The Blue Moon sells a good “stand up” margarita that you can’t complain about. If you’re in the know, however, you can discreetly ask certain bartenders for a special margarita served in a martini glass and named for a popular former bartender. Shhh…

Speaking of names, there are no shortages when it comes to different margarita recipes. There are almost as many claims to the invention of the margarita. One story says it was created in Galveston in 1948 for singer Peggy (Margaret) Lee. A bartender in Tijuana claims to have invented the margarita in the early 1940’s as homage to actress Rita Hayworth, whose real name was Margarita Cansino when she danced in the local bars.

Most historians seem to agree that while earlier cocktails were mixed using tequila, the classic margarita recipe was first mixed in Acapulco in 1948 by the wealthy Dallas socialite Margaret “Margarita” Sames. She was tired of Bloody Marys.

Over the years, Margarita served the drink to her nightclub and hotelier friends like Nick Hilton and to movie stars Lana Turner and John Wayne. It caught on among the smart set, and, in December 1953, Esquire Magazine deemed it “drink of the month.”

Where do the smart set in Rehoboth go to sip their margaritas? To The Back Porch, for a polished cocktail made with high quality anejo tequila, which imparts a smooth, rich taste to the drink. The bartenders pre-mix their margaritas in batches because they swear the flavors blend better that way. I can’t disagree, as it’s one of the best “sipping” margaritas I’ve ever tasted. Served up or in a small rocks glass.

In contrast, the sixteen-ounce “guzzler” at The Starboard in Dewey Beach is exactly what you’d expect from the folks who advertise that when it rains they pour. And pour they did. Twice. I still can’t figure out how the margarita tasted so sweet with so little mix. I’ll admit I’m somewhat sugarphobic, so this concoction one wasn’t among my favorites.

Also on Route One is La Tonalteca. A gentleman who frequents the restaurant for its pollo and chorizo dishes introduced me to their margaritas. At $5.49 for a classic lime margarita in a real glass, it’s a great buy, and just right on a hot afternoon when you need to duck in for something cool and tart to take the edge off. They do them on the rocks or frozen or in pitchers, and in other flavors such as mango, peach, and strawberry, which I did not try.

Unfortunately, I never made it to Dos Locos, the Purple Parrot, or Que Pasa. There’s only so many one man can drink. And, after only two weekends, I was suffering from reflux and having flashbacks to college girlfriends in lime green skirts embroidered with purple hippopotamuses. This had to stop.

I end this column, sadly, where I began it: in need of a pedicure and in search of a summer cocktail. Vodka and water would be simple. White wine spritzers are making a comeback. There’s talk, however, among some cocktail aficionados about a French drink from the 1920’s made with gin and champagne. It sounds perfectly strange, yet refreshing. I hear Hemingway drank ‘em… 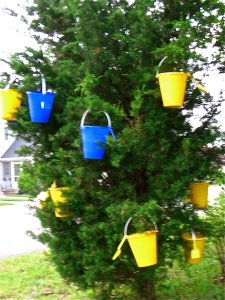